This is the first feature for the Talking Trials series. I'll be getting into Eugene this Friday and will be covering everything from the races, to the nightlife, to the morning runs and everything else that you won't see on television. If there's something you think I should cover while in Eugene, send me an email writingaboutrunning@gmail.com

Portland, along with Asheville, NC, is known as Beer City, USA. Let's just say there's a nice spillover of excellent beer about two hours south down the I-5. Here are some breweries well worth your time if you'll be visiting Eugene this week for the 2012 Olympic Team Track and Field Trials. If can't get enough or don't have time during the trials, check out Eugene Beer Week every year in May. Cheers!

5 Breweries worth visiting in Eugene 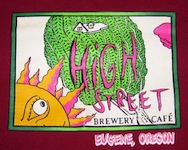 One of the three McMenamin brewpubs, High Street is known for it's excellent outdoor beer garden and is "the first microbrewery in Eugene since the days of Prohibition." 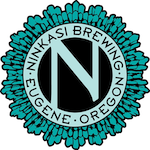 After Pre, I made a stop to the brewery and beer garden at Ninkasi and had a blast. They had a yacht rock cover band playing outside and I enjoyed a Total Domination IPA in this truly Eugene neighborhood. 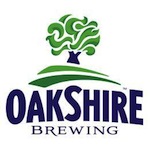 I've never had Oakshire, but I can't wait to try it. It comes highly recommended. They are big on single batch beers and recently had a "Black Jack Imperial Chocolate Pumpkin Porter." Need I say more?

Another stop on my recent Eugene trip, Track Town Ales is going to be a hot spot during the trials. They will have shuttles running to and from the trials every day and trivia, a Track & Field Arcade game challenge and more.

This will be right by Hayward and will likely be a fan favorite. Deschutes won't be brewing beer, but they should have a nice selection of their excellent beers.

Support the site and start here when you shop on Amazon.com
Posted by Writing About Running at 4:05 PM