We are now in the week of the race and this page will serve as a quick recap of the previews and interviews. I'll add everything to this page as we go along as well. Good news on my end as well, as I just booked my flight, hotel and rental car for the weekend. I will be in Houston! I look forward to meeting everyone. If you'll be in attendance, send me an email. 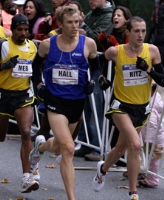 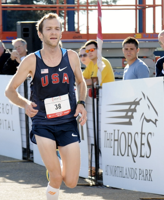 "There was a tight turn at the finish, and I saw the clock tick over 1:04:50, and I knew I had it. It was more just a huge relief that I had finally gotten it." 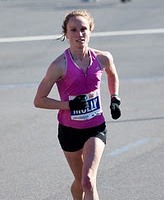 "Both in training and the race I found an inner strength I never knew I had and I'd like to think that my NYC experience has not only made me a stronger runner, but a stronger person in every aspect of life." 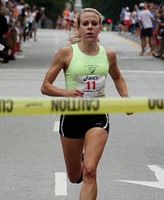 "It took me a year or two to adjust to the difference in training, as well as my training environment. It wasn't until the last 8 months that I really felt that I had a breakthrough." 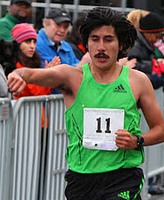 "But after tireless nagging from the guys, Greg decided to give me a shot. From there, everything just clicked." 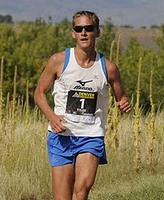 "How big was Kauai for me? It was really a game-changer. Financially, it was important because I was able to use that money for a down-payment on a house." 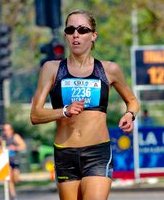 "It was such an incredible, incredulous offer that I had no choice but to say yes! And so that's how I began my first collegiate track season at the ripe old age of 26." 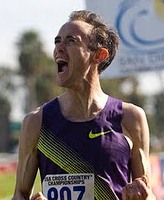 "My goal at the trials is to make the team. I think thats the reason I'm running. Training has gone very well and I think strange things sometimes happen over the marathon distance " 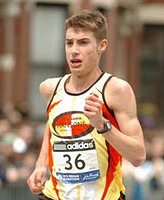 "The fact that my training partners and I have handled most of the workouts pretty well doesn’t change the goals we set at the beginning of the segment though. The Hanson bosses will tell you that it is important to stick to your plan and run your own race!" 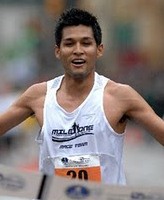 "I have what it takes. I've won 3 USA Championships... and am in better shape now. If I was to run a 2:08 on January 14th, that wouldn't surprise me. I've been due for a performance like that. It's on and I'm ready for any kind of race." 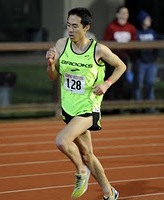 "I'm more of a racer, but in the marathon, all my pervious performances were calculated failures by going out with a watch and clicking off even splits, until I inevitability faded. At CIM, I decided to just race." 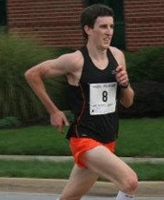 "I ended up going to the Woodrow Wilson Bridge Half and had a really good race with some good guys to run with and it worked out really well. It was a huge weight off my chest when I hit the time and I surprised myself a little bit by being that far under 65:00. It was a great feeling." Watch out for the Wild Cards
Published on January 11, 2012

Here we take a look at some of the overlooked competitors and wonder who will be this year's Brian Sell. We feature Bak, Cabada, Hartmann, Lehmkuhle and Morgan, Cherobon-Bawcom, Hastings, Kastor, Rhines and the newly-signed (to Asics) Molly Pritz. 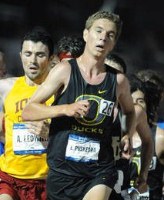 "I feel that I have underachieved on the track compared to results in Cross Country and the workouts I’ve done. I’d like to run fast in the 5000 and 10,000 and win some team titles... to finish off my college career." 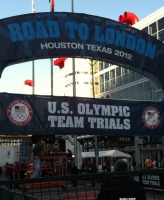 First impressions of Houston and Predictions
Published on January 13, 2012

I give my predictions for who I think is going to make the team for the 2012 London Olympic Games and give thanks for the people that showed me around today and recognize my fellow "unofficial track press." 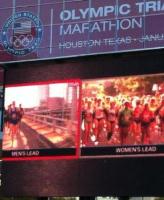 The results went pretty much to prediction, with the exception of Abdi Abdirahman beating out Ritz for the third and final Olympic spot. Meb and Hall qualified as well, with Shalane, Desi and Kara on the Women's side.

Read the full article on the race here 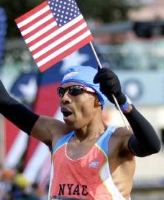 Houston put on an excellent show this weekend. The trials lived up to the hype and I also made the podium in the highly competitive fantasy draft.

Read my thoughts and get the fantasy scoop here

Bookmark this page for continued coverage of the 2012 Olympic Marathon Trials in Houston, TX on January 14, 2012.