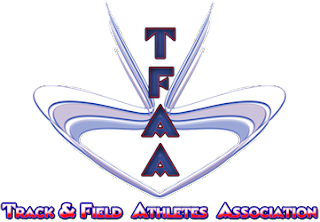 The Track and Field Athletes Association (TFAA) has been looking for an identity over the past few years. $100 annual dues and lack of membership plagued it's existence until Nick Symmonds decided to write an open letter and start a Facebook group. One of the most active voices on Twitter in the sport of Track and Field is Ann Gaffigan. If you're a track fan and on Twitter, you've probably had some interaction with Ann. Her passion for the sport is as great as her knowledge and her bounty of ideas. It's no wonder that she was the one that urged Symmonds to join the TFAA and to offer his opinions on how to make it viable.

Very soon, Symmonds was championing the group (TFAA) on his Facebook group (which is now over 6000 vocal members). And today, the TFAA got to show what they were made of. Yesterday, distance darling, Lauren Fleshman, was told to remove her temporary tattoos of her company, Picky Bars, from her arms before starting the NYC Marathon. Picky Bars is her company. It's a start-up that she, her husband and Stephanie Rothstein started. We're not talking Nike or Gatorade or GU. We're talking about a Gluten-Free Nutrition bar (company) that she makes herself. PS, they're very good. I was one of the first customers. This seemed pretty unjust and the TFAA has rallied around her. 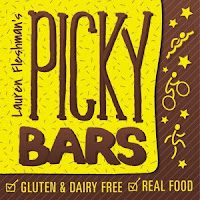 If you were on Twitter today, you probably saw a member of TFAA's message about the subject.

Quite frankly, it was awesome. Although Track and Field isn't the NFL or MLB or the NBA, it still has stars, and the stars came out. Everyone from David Oliver to Sara Hall to Matt Tegenkamp to Doc Patton to Maggie Vessey was spreading the word that #WeAreUSATrack&Field. If Rainn Wilson selling tacos is worth $12,000, the combined celebrity of the TFAA world has to be worth a few ears.

It's a great step in the right direction and I applaud all of those involved. To learn more about the TFAA, check out their website or just tweet at Ann Gaffigan!

TFAA is now open to everyone and is only $20 a year! Click here for more information on membership.

Posted by Writing About Running at 8:13 PM