My 2 Spikes Worth: Why Foot Locker and Nike Cross Nationals can coexist

For years, I've been a staunch supporter of the Foot Locker Cross Country Championships. Being from Charlotte, I grew up around Foot Locker South. I ran it, my dad was the announcer and I even did my high school senior project on "the only true national championship in high school sports." When Nike came in, I wasn't sure what to think, but I didn't like the idea of watering down a unique event like Foot Locker.

At first, when Nike branded their new championship, "Nike Team Nationals," I didn't think twice. Cool, a national team championship. Being on a high school team that finished top five in the state three times in my four years, I liked the idea. Then Nike changed their tune. "Nike Cross Nationals" was the new name and they wanted it all. Why wouldn't they? Cross Country is the third most participated sport in high school sports (behind swimming and track), and that's a lot of consumers. It seemed like just last year that they may take over what Foot Locker had built, but after attending the Nike Cross Southeast Regional this weekend in Cary, NC, I see that Foot Locker is alive and well, but that Nike has indeed carved out a cool niche that is indeed their team factor. 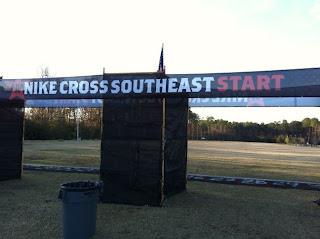 There are a few major differences that I have observed from comparing the two championships that give both a great deal of viability and show why both can exist:

1. Multiple Locations
Having multiple venues caters to (almost) everyone that wants to participate in a post-season meet. Nike is set up more like the NCAA system, with eight regional championships (plus auto qualifiers from the California state meet). This particularly serves runners in areas like Texas, who host the Nike Cross South Regional, but would have to travel all the way to Charlotte to compete at Foot Locker. That's certainly not in everyone's budget and it's nice that Nike Cross Regionals are more spread out. Foot Locker only has four. Aside from New York (which hosts Foot Locker Northeast, Nike Cross Northeast and Nike Cross New York) and North Carolina (which hosts Nike Cross Southeast and Foot Locker South), the regional meets are held in different states, to make travel as easy and as affordable as possible.

2. Nike is a true team championship, qualifying for the regional alone is impressive
At the Nike Cross Southeast Regional, I saw some the best teams I've ever seen in person. Having to qualify as a top 20 team is not something to be taken lightly. Like winning a state championship, this is an accomplishment in itself. The team that won the meet on the boys side, Belen Jesuit (aka the Miami Magis), is by far the most impressive high school team I've ever seen. Their top five went 14:58, 15:32, 15:50, 15:52 and 15:56 on the honest Wake Med course. The winning girls team, Tatnall (aka Wilmington XC Club), went 17:11, 17:53, 18:16, 18:16, 18:31. Unreal! The fifth girls individual qualifier ran 18:22, which tells you all you need to know about how good Tatnall is and how much of a team competition, and not an individual competition Nike is. Also, their were only five races and the meet was much, much smaller than the Foot Locker meet 150 miles west. What lacked in quantity (with all of Foot Locker's grade races), was made up with the quality of the teams participating in the championship race. 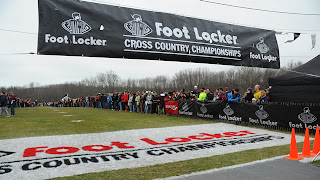 3. Foot Locker is the true individual championship
It seems that the top preps were going back and forth for a few years, but it looks now that the best of the best (not affiliated with high performing teams), are choosing Foot Locker again. Why? Foot Locker is a true individual championship. 40 of the best boys and girls in the nation compete every year at historic Balboa Park in front of the top collegiate coaches in America, as well as their families, friends and rabid running fans. The course is excellent for sorting out the best of the best and the presentation is second to none. On the regional level, there are freshman races, sophomore races, middle school races, etc. It's all about the individual, and it gives everyone a chance to shine that may have been tucked back on their team all season. Here in North Carolina, two time Foot Locker National Qualifier, Thomas Graham, has chosen to forego racing in his hometown of Cary, NC, where Nike Cross Southeast is held, to race at Foot Locker South. That dream of making it to San Diego drives many individuals to Foot Locker; to follow in the footsteps of Chris Solinsky, Meb Keflezighi, Jordan Hasay and the many others that have stayed at the Hotel Del Coronado en route to prep glory.

I'll be excited to watch both!

Posted by Writing About Running at 7:44 PM