The Boston Marathon isn't the only big race going on this week. The (Sold Out) More Magazine/ Fitness Magazine Women's Half-Marathon is this Sunday in New York City. The beautiful Central Park course will host thousands of women from all over the world. Today, we have 5 Questions with the Editor-in-Chief at Fitness. Follow the More/Fitness Half on Twitter here.

Betty Wong is the Editor-in-Chief at Fitness Magazine, which with a circulation of 1.5 million, is recognized as the nation’s leading active lifestyle magazine for women. Under her leadership, Fitness has won numerous industry awards for its magazine stories and digital properties, including a MIN Editorial & Design Award, Ad Age Media Vanguard Award and Folio Eddie Gold Award. Wong is an avid runner, having completed more than a dozen half-marathons and two NYC Marathons as well!

1. Writing About Running: What’s your history as a runner?

Betty Wong: I’m a recreational runner, for sure. I didn’t get serious about long distances until about 5 years ago, shortly after I had my second child. My friend, who’d also recently had a baby, and I decided to train for and run a half-marathon as a way of losing the baby weight. It was so fun and rewarding that I’ve been hooked ever since. I’ve now run more than a dozen half-marathons, two New York City Marathons, and the Hood to Coast Relay in Oregon.

2. Writing About Running: How’d you get involved promoting such a large race like the Women’s Half-Marathon?

Betty Wong: Shortly after I became the editor-in-chief of Fitness magazine, we partnered with our sister publication More on the Women’s Half-Marathon in spring of 2009. The race has grown tremendously now that we are in our fourth year of our joint partnership with the New York Road Runners on this women’s-only event.

3. Writing About Running: What are some of your favorite areas to run in NYC?

Betty Wong: I love running in Central Park, of course. The hills are killer but such good training. And I run a lot in my neighborhood of Forest Hills, Queens. Forest Park is beautiful, peaceful patch of woods in the middle of the city. I love being surrounded by so many trees on the running path as well as the park’s bridle trails. 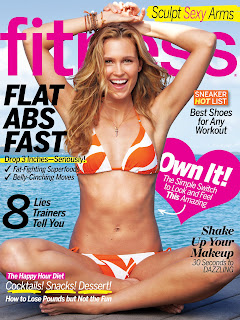 4. Writing About Running: What are a few of your favorite post-run restaurants in NYC?

Betty Wong: I usually start day dreaming about burgers around mile 10 of every half marathon. To get my protein fix post-race, I love going to Blue Smoke or Dinosaur BBQ.

5. Writing About Running: What do competitors have to look forward to in running the Women’s Half-Marathon?

Betty Wong: This has always been my favorite race of the year—not just because I work at Fitness. I love the crowds of women who come in for this race, from all 50 states and even several other countries. Everyone is super excited to run and prove how invincible they are, and yet they are also so supportive of each other. You see a lot of high-fiving going on throughout the course and you hear lots of girl talk going on. The energy and camaraderie are truly infectious.

Thanks to our sponsor, 14 Minutes, the Alberto Salazar autobiography, for sponsoring the blog this week. I'll be reviewing it very soon! If you're interested in sponsoring writing about running (and other great sites like TrackFocus, Track Superfan, Paul Merca and the House of Run podcast) in the future, check out The Relay Network.
Posted by Writing About Running at 2:30 PM